Entire route and track for the day:

So, here it begins. Following a rather unusual, fairly sensible evening with me familia cliff we were up with the lark at 06:30 to prepare for our first day of this years flying holiday.

And so it was that we arrived at Leicester airfield about 08:15 in preparation for the trip ahead.
The plane fully prep’d and ready to go by 09:00 the only remaining component being the predictable, if not desirable, british weather 🙁

Into the clubhouse for a tea then.
With much postulation and sun dances the weather started to clear and we finally departed EGBG at 11:30.

The route took us through the relative flat landscape of central England over to the east side of Wales. Since the cloud and fog hadn’t fully dispersed we wound our way through the valleys of the black mountains emerging in glorious sunshine in Pembrokeshire, south west wales.
It was somewhat of a surprise to discover that the only rain cloud for 10’s of miles around was clinging desperately to the overhead of haverfordwest!
However, we managed to duck and dive round the worst of it and slide in under the worst of it in a light shower. Which fortuitously only turned into a heavy shower as we parked up and started to get out.
Paperwork filed, Lunch dispatched a phone call to the destination airfield and we were away at 15:30 to the Emerald Isle.

The journey over was uneventful and still with some haze hanging around we were only able to see the coast when about 15 miles out.
A short bimble around the coast until we were due south of ILAS field and then a straight in approach for 36 saw us on the ground bang on an hour. 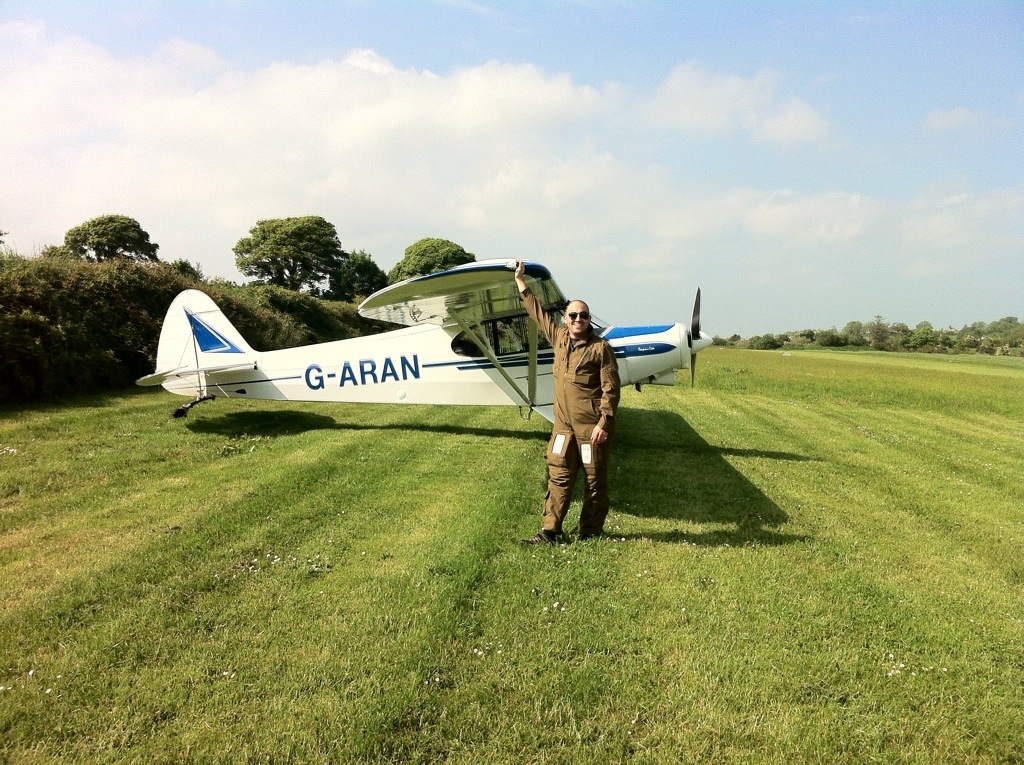 As we parked up and looked around at the glorious day the poor weather that was due to arrive at 17:00 was clearly not following the script!
It was an easy decision to decide to carry on at that point. The threat of bad weather is ever present when flying and as the old saying goes about making hay…..

We decided to make our way up to Kilkenny which, as I now know, is Ireland’s smallest city with 25’000 inhabitants.
As ever it would be rude to travel direct so we made our way around the waterford airspace to over fly Dungarvan where a couple of years ago I watched Will and Annie betrothed!
Once at the coast it was clear the sea fog was starting to roll in so we turned and hightailed it back across to Kilkenny where a landing between para drops was surprisingly uneventful.
All that remained was for us to celebrate a great first days flying by cracking open a couple of gluten free ales and we were soon in a taxi into town.

Had we planned it specifically I don’t imagine we could have timed it better. Not only is it a bank holiday weekend, as a result there is a comedy festival in progress in Kilkenny. So what better way to end our first flying day than to blag our way into a comedy show. Woo hoo!