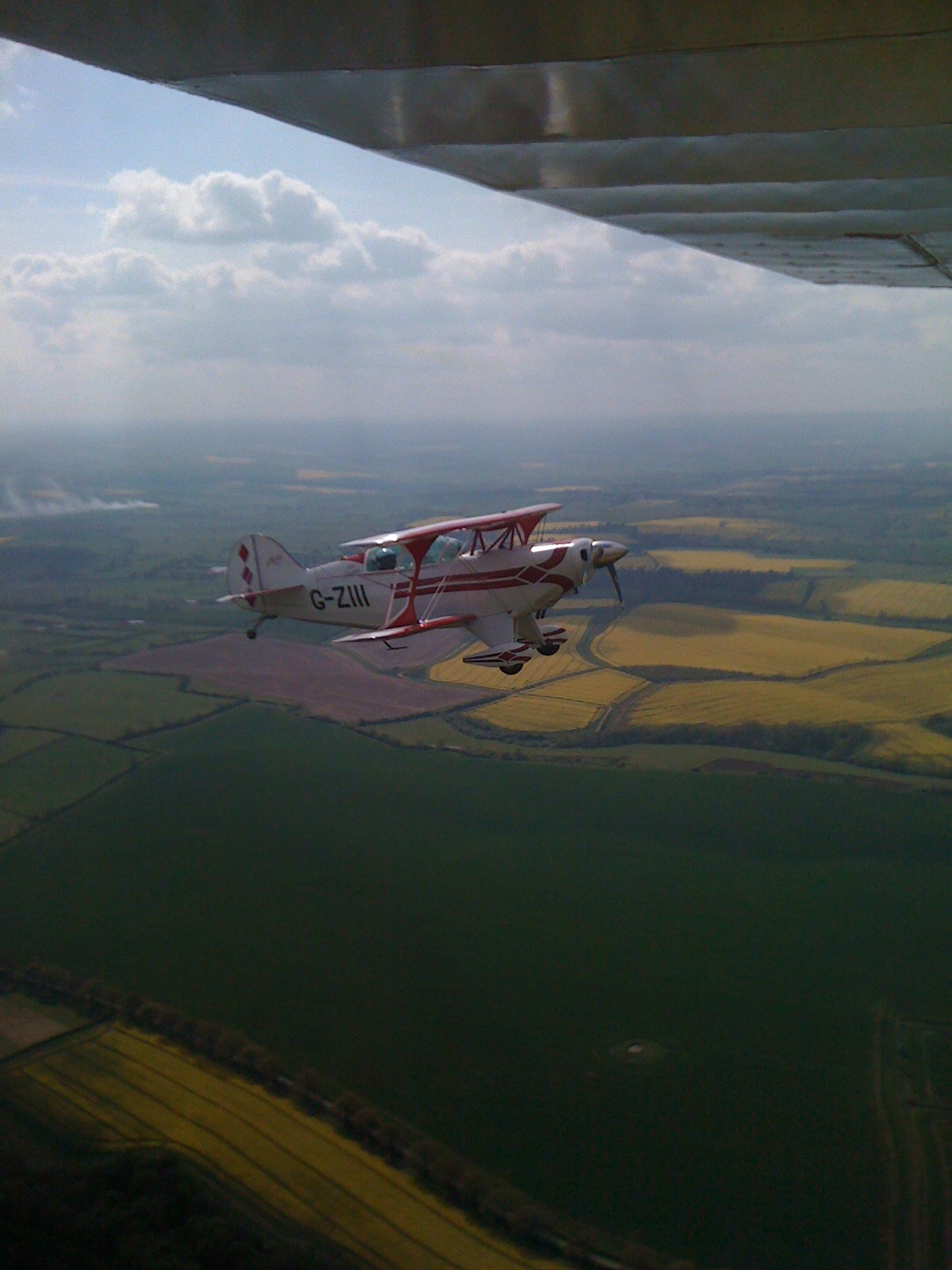 There’s a small flying strip at Ranksborough Hall a couple of miles from Oakham, which I had wondered flying in to.
We were discussing the possibility at the aero club when the owner, (of the strip) Nick suggested we all take a spin over there……well we certainly don’t need to be asked twice. 😉

Faced with the proposition of landing there in the pitts, Nick suggested I “make sure if you need to ‘go-around’ you fly under the wires rather than over them 🙁
Now I certainly didn’t like the sound of that! So I opted to ride in the jump seat with one of the other flyers in an altogether more sedate cruise ship…G-BRPX.
As it turns out it was a wise choice, with a full set of power lines running directly across the centre of the east/west runway, it would have been a little daunting for a first visit. Having now seen the runway, I would be much happier but it was certainly the right choice.
They are the requisite 70ft clear of the runway but that doesn’t feel like much when you’re doing 120 mph at 10ft.