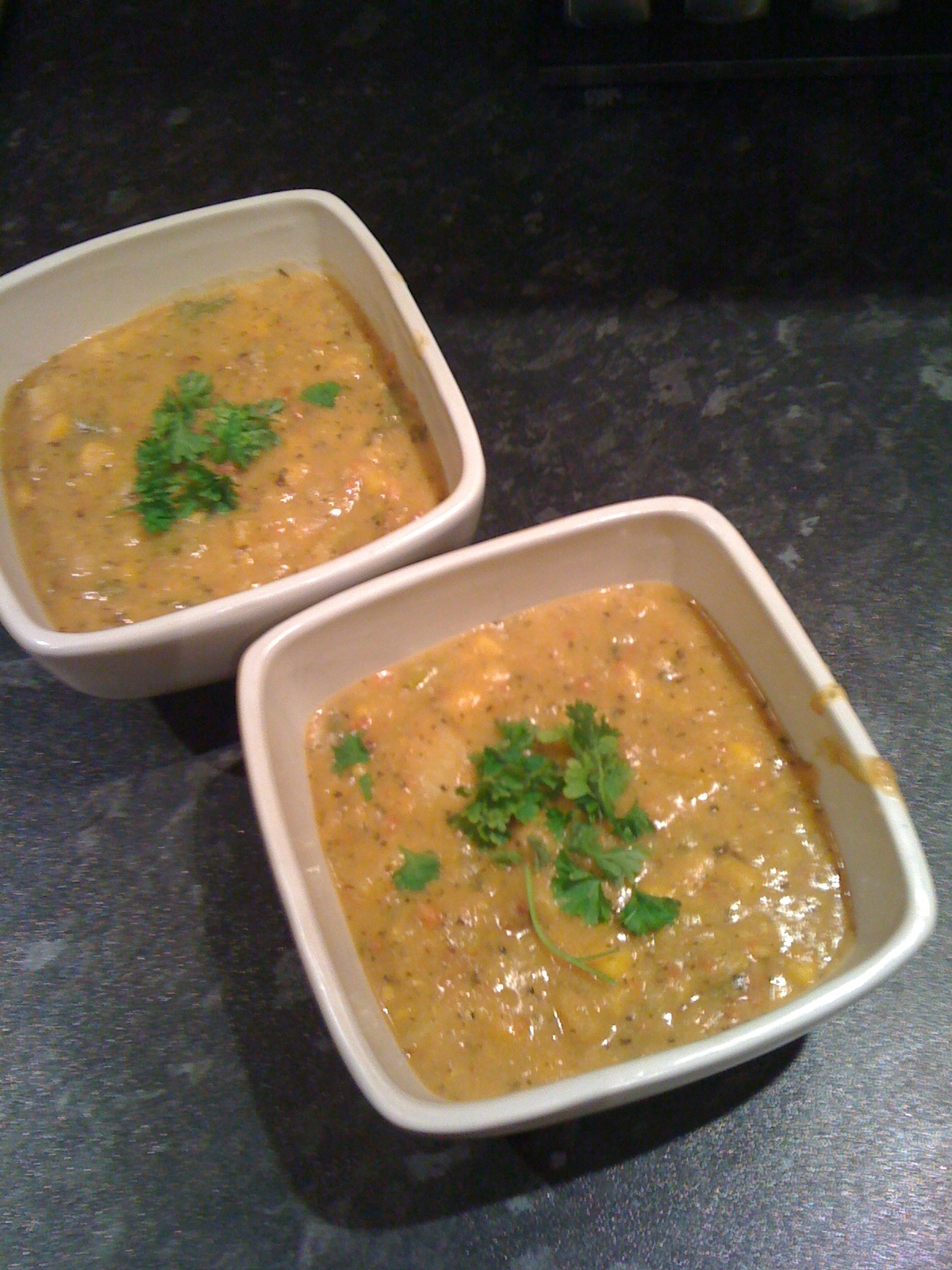 Well, I had a veritable plethora of mixed ingredients and no plan as to what to do.

It started with the bunch of ingredients in the first pic. Chorizo, Potato, leek, pepper, chili, milk, a few herbs n spices…..
Hmmm, chorizo and sweetcorn chowder coming right up!

First off fry the chorizo in a small amount of oil (it produces plenty anyway) part way through add the onions and garlic.

Once the chorizo has started to crisp and the onions are soft add the leeks, herbs (I added dried chopped basil and coriander) potatoes and sweetcorn (pic 2) along with a pint of stock, I used chicken stock (pic 3).

After being simmered for about 15 mins I added the milk (pic 5).

Contiune simmering for approx 5 mins and keep testing the potatoes for firmness.
Once the potatoes were soft I gave it some stick with a hand blender while leaving some of the chunkiness to it.